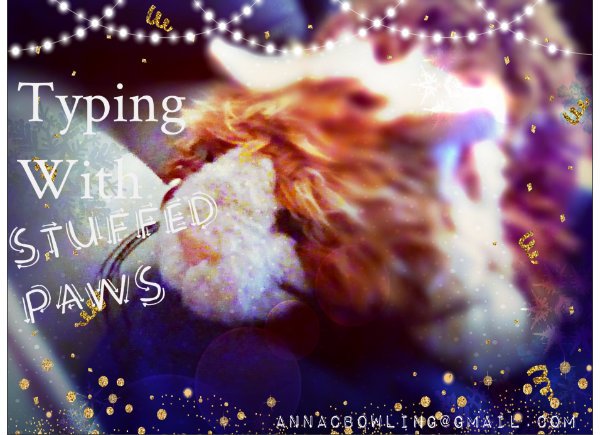 Greetings, Foolish Mortals. Sebastian Thunderpaws Hart-Bowling, coming at you with all the stuff from the week that was. We’ve got big stuff right off the bat, and not only that Dude has outdone himself with the battle of the bugs. Let’s give it up for the big fella finding their secret hideout and obliterating it. Yeah, that’s right.

That is not, however, the big news. Writer Chick and Other Writer Chick are happy to announce that the wait is almost over. Chasing Prince Charming is now on preorder at Amazon! Reserve your copy now, and beat the crowds. Look at that screenshot. Isn’t that pretty? I mean, for a cover without any handsome orange stuffed boys, it’s pretty decent.

Writer Chick is pretty chuffed about this, and we’re on the cusp of July, so, in a couple of days, this book will be out next month. “Chuffed” is a fancy English word that means happy or something like that. Writer Chick has British on the brain. One reason is that she’s Writer Chick, and you all should know that’s par for the course by now, and another reason is that she and Other Writer Chick are elbows-deep in their draft of Drama King. Scenes are flying fast and furious (and furry-ous, as they have a ruggedly handsome orange poo cat playing a pivotal role in this week’s scenes) between them, along with scenes from Her Last First Kiss, which also involves English people.

Moving on to other people’s books, Writer Chick was over at Buried Under Romance last week, blabbering about summer reading plans. She has some. Click here, to find out what they are. There was a technical difficulty with the cover photo. That difficulty being that sometimes, when a body is typing with stuffed paws, one cannot always hit the exact keys one desires. That means I deleted it, okay? Mistakes happen. Look at Writer Chick’s notebook again. She finished two inserts this week. That has to count for something. On to the next thing.

Checking in with Writer Chick’s Goodreads reading challenge, we see that she is now five books ahead of schedule, with fifty-one books read out of her goal of ninety-five. This puts her at fifty=four percent of the way home on this one. Well done, Writer Chick. Keep reading. This week, she gave five stars to Never Too Late For Love, by Danelle Harmon. This is part of that author’s Merrick series, and not to be confused with Writer Chick’s Never Too Late, but they are both about seasoned lovers.

Since we are almost done with June, that means we are almost at July, and July means go time for Camp NaNoWriMo. Writer Chick is comfortably ensconced in a cabin, she has her notebook all set up, and pens ready to go. Will she have a working outline for Cornelis and Lydia’s story by this time next month? That’s the plan. Keep an eye on this site for updates as they come.

Updates will also be coming soon on a brand new website. Don’t worry, this blog isn’t going anywhere. Neither is Writer Chick’s. Having a book up for preorder kind of forces Writer Chick’s hand in learning how to be Website Chick as well, although one of Other Writer Chick’s spawn shall be known as IT Guy, and may be called upon for assistance when needed.

No assistance needed right now, as it is naptime, and I plan to spend my siesta with the fan ruffling my belly fur.