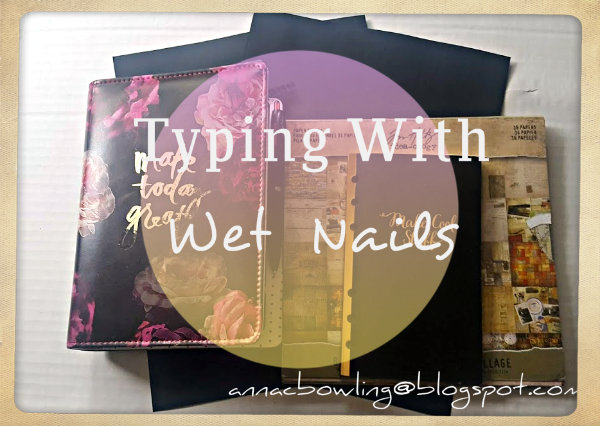 Quick drive-by post for today, because A) I’m writing, and B) missing two posts in one week bothers me, and getting a post up, no matter how slapdash, will eliminate B, and allow me to focus on A.

Yesterday, N and I had our weekly meeting, talking over our plans for the coming season, frustrations with the same old things that keep us back, and the requisite geeking out over paper and pens. I made her pet the Rhodia dot grid pages I had cut down for use in my new writing planner (they are insanely smooth, and take fountain pen beautifully) and we threw around some ideas for what cardstock to use to make new dividers, while lamenting that there were no non-month-bearing extra dividers included with the planner kit. I would have used the heck out of those.

This morning, Melva and I talked so long over Skype, that my phone’s battery drained. I don’t blame it. We had a lot of excited babble about how we may actually already be at the midpoint for

This morning, Melva and I talked so long on our weekly Skype chat, that my phone’s battery drained. I don’t blame it. According to Melva’s count (she is the Keeper Of Records in this regard) we may already be at the halfway point in the first draft of Drama King, even if we’re not entirely sure how that happened. Okay, we know how that happened: we wrote it. That’s not what I’m talking about. Part of our writing-together process (a big part) is excited babble and saying the same thing at the same time. One of us is known for going unintentionally blue, and then realizing it a beat later, which happens frequently, and one of us did make the other one laugh so hard today, that said other one dropped out of frame for long enough for the first one to now have bragging rights, but there is a sobering thought here.

Working out the next few scenes for Drama King, meant tying a few aspects into the idea soup for the next book, which we are tentatively calling Queen of Hearts, which lead into a discussion on something we hadn’t intentionally given Jack (Drama Kings hero) and Heather (heroine of Queen of Hearts, and sister to Dominic from Chasing Prince Charming) Jack and Heather have not met yet, but they will, and it’s very easy, very natural, to envision all three of our couples from this proposed series, maybe with some supporting characters tagging along, gathered around one big dinner table, no agenda, lots of good food (Jack, our actor-turned line cook-turned actor again would insist upon it) a toddler or two on somebody’s lap, maybe a kids’ table off in the corner. It would be loud and it would be messy, and I like the idea of it, very, very much. I would say something here about a historical equivalent for my historical characters, but, since I write in different eras, that would probably involve time travel, and the less said about em and time travel, the better.

For longtime readers who know what I’m talking about, I do fully intend to write Angus and Summer’s story in full, one day. They’d come after me and take me down, if I didn’t, but I have a sneaky suspicion that it’s not going to be exactly the way I envisioned it, mumblecough years ago. Which is perfectly okay. The only constant is change, they say, and this very well may prove to be true. Angus and Summer will go down  in my Future Projects section, along with scouting markets for A Heart Most Errant (if all of my historical characters were in one room, I am pretty sure Aline would still be doing most of the talking) and brainstorming ideas for this year’s submission to Z Publishing’s anthology.

Speaking of which, I have some outlining to do. See you next time.