Greetings, foolish mortals. Sebastian Thunderpaws Hart-Bowling coming at you on this first ever Wolfenoot morning. Even though I am a cat, and of the stuffed persuasion, I have to endorse this new holiday. I have known a lot of stuffed dogs in my time, and they deserve the honor. No, there is not currently a cat holiday, stuffed or otherwise, to my knowledge, but I’m not really bothered by that. I mean, yesterday was all about eating and sleeping, and eating foods that make you sleepy, and that’s a large part of catting, so I can appropriate that one, which, again, is very cat.

Since we are now post-Thanksgiving, in the midst of Wolfenoot, which is also Black Friday (Other Chick and Real Life Romance Hero are out holding the retail lines, so customers can get the goodest deals) while Writer Chick is pounding the keys. When you put the holiday season, a week with multiple days when it snowed, the excitement of end of year and beginning of new planner season, and a new contract, all together, Writer Chick is pretty hyped. Which means she is doing stuff. Like a lot of it.

This is, of course, going to mean that I have to do more work, updating readers on how the road to the release of Chasing Prince Charming is coming, as well as the usual stuff. This will require extra nap time. Anyway, let’s do the compulsories first. As usual, Writer Chick was at Buried Under Romance, this past Saturday. This time, she had a letter to send out to authors who aren’t authoring (or aren’t authoring romance) anymore. What’s she got to say? Pop on over here and find out. 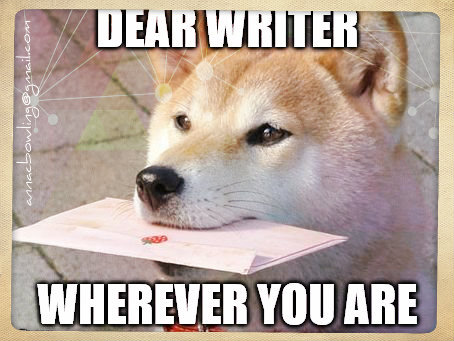 Now, it’s Goodreads update time. Writer Chick actually finished reading a book this week, and she had a lot of feelings about it. David Levithan always does that to her, and she has been pretty invested in this whole “day” series, which took a few turns she was not expecting, in this volume. Check out her blabberings here.

This book puts Writer Chick at ninety-two percent of the way to her goal of ninety books in this calendar year, with eighty-three books read out of that ninety. She is currently three books ahead of schedule, which makes her nervous, because that’s close to on track, which is close to behind. This is where it is useful to have a Cat Regent. I will have Real Life Romance Hero assist me in ensuring that Writer Chick gets enough reading time, by putting me on her, when she picks up a book. She can’t get up if there is a cat in her lap, right? Yeah, didn’t think so. You’re welcome.

Writer Chick’s current reads, for this week, are below. The light blue book, that does not photograph well, was her evening pages book, but she finished it last night. What book will she use to write her PM brain dumps? We won’t know until later tonight. This should be interesting. 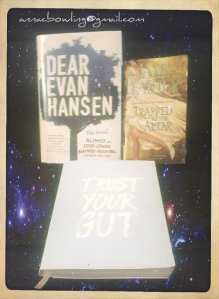 Okay, so, Chasing Prince Charming update time. Writer Chick and Other Writer Chick have now officially handed in the final manuscript of this particular book…which is not really what readers are going to see, some months from now. What happens next is kind of like a tennis game. Bap! Writer Chicks send book to Editor Chick. Bap! Editor Chick, after doing her thing, sends book back to Writer Chicks. Bap! Writer Chicks then do the things Editor Chick asked them to do. Bap! They send it back again. This goes on a couple more times. I am assuming they are looking at different things on each round.

Since this is the time of year when Writer Chick gets to set up new planners (yeah, plural, more than one, etc. That’s how she rolls.) it stands to reason that she’s going to make some writing planners, that she will actually use. That is the important part. Her process for getting to the finding out what works point, is pretty messy, involving a lot of trial and error, partially used notebooks that then get shoved in random places, It also involves a lot of sticky notes and index cards and You Tube videos (watching, not making, though she hasn’t ruled that out) but then…at some point, it all comes together. Usually in the middle of a big hairy mess of index cards and Spotify playlists and a Skype chat in the background.

In short, the good stuff comes when overthinking doesn’t happen. Funny how that works,. One would think that Writer Chick would have figured that out by now, but one would be wrong. That is one of the duties of a Cat Regent; to remind her of that. That will also be one of the first duties handed off to the next mews, when they are old enough. I will still hold onto the cuddling stuff, and the lap occupation during reading things, because I was literally made for that kind of thing.

Right, right, one more thing. Writer Chick wanted me to remind you that hitting the subscribe button is the best way to make sure you get every post on this blog (hers, as well as mine, even though we all know I am The Stuff. Heh. See what I did there?)  Okay, that’s really it for this week. Have a howly Wolfenoot.