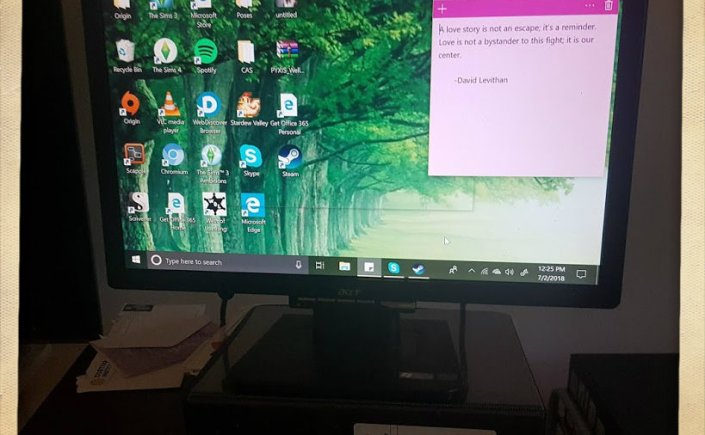 When I was but a wee princess, my parents, or some well meaning family friend, gave me a book of folk tales of the British Isles. I. Loved. That. Book. I still have it, though it’s in storage right now, so I can’t refer to it, but, when I needed to pick a project to work on for July’s Camp NaNo, I landed on selkies.

Not literally. They probably wouldn’t like that very much, but, once the idea was there, it put down roots, so okay. At first, it was mermaids. There I was, on retreat with Skye, and I had my Jane Davenport Whimsical Girls book out, turned to a page with two female figures. I surveyed my color choices. The faces looked similar, so maybe two versions of the same woman? Realistic and fantasy, maybe? Human and mermaid? Ooh. What if they were half sisters?

I whipped out the appropriate medium, and let my brain do its own thing while I swooped color across the page. By itself, the story formed. It’s a historical romance, first and foremost, (not between the sisters) with some familial conflict, and it doesn’t feel so much “paranormal” as one side of the family happens to be selkies. I was thinking mermaids at first, but there is the mermaid problem, Namely, how to put this gracefully, have intimate mermaid/human relations. This would be essential, so a quick bit of searching on aforementioned folklore of the British Isles was in order.

Which brings me to the selkie problem. Not the same as the mermaid problem, because selkies seem to have it easier in the human relations department. Shed seal skin, have human form. Sorted. Selkies, in many stories, become involved with humans, reproduce, and sometimes go back to the sea. Whether or not they can take their special friend with them varies, and I’m good with that. Works out rather well for what my story people want to do, and gave me a moment of clarity on why sting named one of his albums Soul Cages.

What, exactly, you might ask, is the selkie problem? For this gal, it’s names. Naming a character is an important part of the process, and, frequently, for me, it’s more a matter of them telling me what their names are. They won’t answer to anything else. I still have an outline draft with a hero who didn’t even know his own name until the very last chapter. (I am definitely going back to that one, someday,.) What the heck does one name a selkie? What do selkies, or, in a more broader scope, mythical/legendary creatures call themselves?

Thankfully, I neglected to officially sign up for July’s Camp NaNo, so I am doing it unofficially, with my goal to figure out this whole story, and what the heck I am doing even thinking about it, because I am not a paranormal writer, and the last time I ventured into that realm, my life fell apart, and I ended up ugly crying during a critique group (that had only positive comments, by the way) in the middle of a coffee house. The ugly crying incident had nothing to do with  me moving to a different state, but it does give me a sense of security that I never have to face that barista again.

This is the part of the process where I start writing down what I know about the story, telling it to myself. Kind of folktale-y, definitely historical romance, flying into the mist sort of thing. At the same time, Melva and I are thisclose to getting Chasing Prince Charming back to the editor who invited us to revise and resubmit, then will turn our attention back to Drama King. On my own, N is not letting me squiggle out of getting back in the saddle for Her Last First Kiss  so there is no lack of things to do. So, why toss another project into the mix? \

Good question. The best answer I have at this moment is “because I can.” Consider it the writing equivalent of physical/occupational therapy. I’m glad I did my May Camp Nano the way I did, and it is still simmering, goal met, so I can figure out exactly how my couple solves their problem. What is it that makes my heroine know what she has to do? I don’t know that yet, but it will come, and likely when I am slipping into a sealskin and taking it out for a spin.

In the meantime, hit me with selkie names. I’ll take anything.

2 thoughts on “Why Did It Have to Be Selkies?”