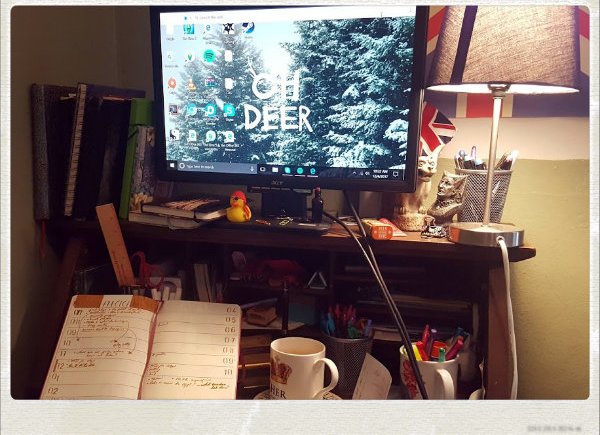 According to Goodreads, I am ninety-eight percent of the way to my goal of reading ninety books in 2017. Since it is the fourth of December, with a bunch more days left in the month, and only two more books needed to reach my goal, I think it’s safe to say I am probably going to make it.

What interests me about tracking my reading this year is that I have been reading a lot more YA than I had expected. The last historical romance novel I read was To Love Again, by Bertrice Small, a reread, and it most certainly did hold up from my first reading. I’ve read seven books since then, all YA, Between that reread and the last historical romance prior, Tyburn, by Jessica Cale, I read nine books, again all YA. This past weekend, though I have two historical romances in my currently reading shelf, and am eager to read two more historicals, written by a writer friend, and had happily scooped four historical romances (three novels, one Christmas anthology) from the shelves on my last library run, Friday saw me without any YA reads, which meant another trip to the library for another armload. I’ve read two of those books since then.

This definitely bears some examination, especially since my secondary reading goal for this calendar year was to have at least fifty percent of my reading consist of historical romance novels. Am I going to make that one? Maybe. If not, I’ll be close. Does almost count in reading goals, like it does in horseshoes and hand grenades? We’ll find out at the end of the year, I imagine.

The first question that springs to mind is whether I still want to read historical romance, period. The answer to that is easy, and immediate. Yes. Absolutely yes. Oh so very much, yes. The fire that lit in my gut, oh so many years ago, under the brass bed in the guest bedroom, with a paperback pilfered from my mom’s nightstand is an eternal flame. Historical romance is what I love to write the most, and it’s what I love to read the most, so why this big shift in reading this year?

When I look at the assortment of books that I have read over the course of the year, what stands out to me are the common themes. Let’s take genre out of the picture. Several of the YA novels I’ve read and loved have romance in them, even if it’s not the central issue, and/or does not have an optimistic and emotionally satisfying ending. That doesn’t mean they haven’t had the right ending for their individual stories. Some of the stories that resonated the most with me have been unambiguous tragedies. What is common, across the board, though, is what I am going to call grit.

Life in these books isn’t always pretty. In fact, it’s pretty darned rough. The body count is high; siblings, parents, first loves, and yet, our heroes and/or heroines keep going. I like that about a viewpoint character. They’re Weebles. They wobble, but they don’t fall down. If they do, they get back up again and keep going.

To Love Again is set in the age of Roman Britain, and our heroine does some traveling. Not only that, but she has to make the difficult choice between the life she once led, and the new normal, and there are convincing reasons for both choices. Even though I’d read the book before, I didn’t remember what her choice actually was, and I kept turning pages to find out what path she would actually choose. In Tyburn,  set in Restoration England, our heroine is a sex worker. Not the fake kind. The hero moonlights as a highwayman, because he’s not getting paid in his regular job as a tutor, which he took when funding fell through for his continued medical education. There’s one scene, early on, where both are doing their jobs on opposite sides of a shared wall, before they’ve met each other, and knowing who they were, knowing that they were that close gave me physical chills.

That’s what I want in my historical romances,. I want those chills. I want the chance to visit multiple times and places, where life isn’t always fair and relationships are, if not everything, a pretty darned big slice of the pie. I want the chance to read one story, complete in itself, focused on the protagonists of this particular story. All of those things can happen in historical romance.  This may be a signal that I want to look back to the times when I could find those things, in historical romance, on a regular basis. I’m a big believer of story in, story out. Taking in the kind of story I want to put out is usually a good idea.

Does this mean I want to write YA as well as historical romance? I don’t know. Maybe, if the right characters and story make themselves known, it could be fun. Half the time I read YA, my brain starts a side trail about how the story would play out if it were in a historical romance, what could be translated, what could carry over. I can’t turn this stuff off, and I don’t want to, if that were a possibility. I won’t lie; sometimes, it does make me feel a little unicorn-y. When the market says one thing, and my brain pulls, strongly, in a different direction, there can be some frustration there.

The best thing I find, when that frustration hits, is to focus on the love. Not only the romantic relationships in stories of any genre, but the reasons I love historical romance as much as I do. Forget anybody and anything else. Remember the magic that happened when history and romance collided. In the end, it’s all about the love.