First off, in case you missed it, my Frank Randall Deserved a Happy Ending post went live on Heroes and Heartbreakers yesterday. Don’t tell Skye I blabbed it before she could share the link. When I first read Outlander, I actually didn’t. I read Cross Stitch, the British version (and original title) because A) it supposedly had more historical content, and B) Claire was “nicer” to Frank. I didn’t know anything about Frank when I went into this, apart from the fact that he was Claire’s original husband, and, really, had no good options when Claire came back from the past, in love with, married to, and pregnant by another man. I’m still not sure how the legalities of a pre-existing marriage would hold when a woman finds herself two centuries in the past, as Husband #1 wouldn’t have been born yet, thus could not have married her, because he didn’t exist, but he did exist, because Claire remembers him, and is wearing his ring at the time.

All of that is largely to get me over the hump of the blank page, because I’ve been staring at it for a while now, and this entry needs to be written, so going with the “throw something at the page and see where we go from there” stage. I think the first love triangle that I was aware of was King Arthur, Queen Guinevere, and Lancelot. Guinevere and Lancelot have some chemistry, and, if it weren’t for one of them being married, I could probably get behind them, but she was married, and to Arthur, and even at, hm, I want to say six, or so, I knew that something about this equation could not turn out well. Camelot came crashing down, both in folklore and the musical, which I watched on TV at the home of family friends. I didn’t entirely understand what was going on (again, six) but I was enthralled. This is probably more proof that I came out of the box, hardwired for historical romance.

I was the kid who, when given Jane and Johnny West figures for Christmas (maybe that same year? That feels about right.) did not fall in love with the mystique and adventure of the American West. Instead, I made them act out the balcony scene from Romeo and Juliet. My dad was big on the classics, if nobody guessed that by now. Still, I think that wasn’t entirely what he had in mind. To this day, I’m not sure if Jane and Johnny were meant to be siblings or lovers. No, scratch that. I checked. They’re married. They also apparently had four kids. My parents probably kept that information from me, to forestall requests for the kiddo figures. I also did not know about the homestead, dogs, or friend and enemy figures, to say nothing of articulated horses and a bison. A bison. Seeing as how we have a stuffed bison (cuddly toy variety, not taxidermy variety) on top of our dresser, six year old me cannot complain of a bison-less existence.

This is the part where I stare at the screen, notice I have about two hundred more words to go before I can sign off on this entry, and have no earthly idea how to tie this into anything that will make sense to anybody but me. Maybe that’s okay. Maybe every entry doesn’t have to mean something,  and I can put what’s in my head out there, for readers to take what they will. After this, I have a critique partner’s chapter to look over, and then get something together for my weekly meeting with N. What I would most like to do is snuggle into my comfy chair, with a blanket, some hot beverage (tea or cocoa, not sure which one I would want in this hypothetical circumstance) and finish reading Holding Up the Universe, by Jennifer Niven, because I am still emotionally raw from blazing through her first YA novel, All The Bright Places.     What is left of my heart still wants to hang out there, hang onto that voice, and, as I did with my Best of the West figures, pick what I want from the source, and figure out how those elements would work in the world of historical romance.

I think I was hard-wired for that sort of thing, too. Meat Loaf (the singer, not the food) once said that people need to keep one thing in mind when listening to any song composed by his songwriter, Jim Steinman: that everything Steinman writes is from the same story world, and it all fits together. I think Meat called it Wonderland (not the Alice sort, IIRC) but I may be wrong on that one. Still, it stuck with me.

Maybe that’s why I go through periods when I know, without a doubt, I am in full magpie mode. I’m hungry for a certain kind of story, or setting, or character type. When magpie season hits, I have to inhale everything I can about the current fixation, process it, and trust that it’s going to come out again in my own work, in some fashion. At six, I probably did not register Romeo and Juliet’s ultimate fate, and, at more-than-six, I am not going to tell the Bard how to write, but, in a romance novel, the lovers would be alive, together, and happy about it. That’s hardwired, too, and I am fine with that. 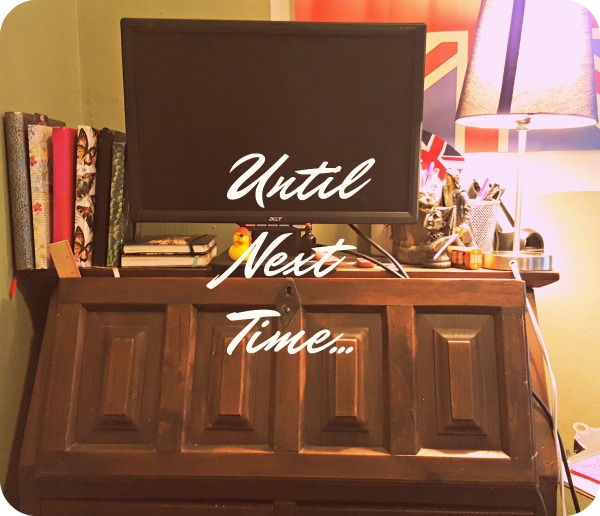