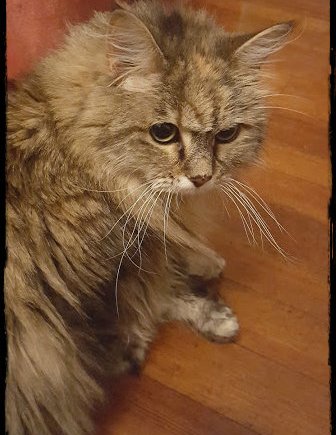 Hello, all. Skye here, for another Feline Friday. We have one week of October under our belts. Except for me. I do not wear belts. I do not wear anything. I do have a full length fur coat, but it is built in, which means is it part of me, so I am not wearing it.  This week was not as full as last one, but it was still a good one, and one I have to review in full before I am allowed to talk about anything else.

First, as always, Anty was at Buried Under Romance this past Saturday, wrapping her Back to Romance School series of posts, asking what we have learned about romance. I, personally, have learned quite a bit. Mainly that there need to be more cats in these books, but Anty is working on that. Her post is here, and it looks like this: 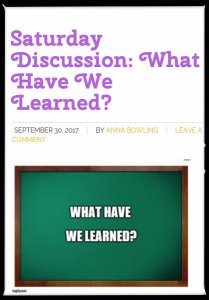 Since it is the first week of the month, that means it is time to look not only at Anty’s reading progress, but at how many of those books were historical romance. Right now, her Goodreads challenge looks like this:

Her goal is to read ninety books before the end of the year, and, so far, she has read sixty-eight, which puts her on track for the second week in a row. Good job, Anty. Keep up the good work. I will sit very very close to you, to provide inspiration. Also body heat. I am very, very fuzzy.

Here are the books Anty reviewed this week, both YA:

On the writing front, there is some good news. Earlier this week, Anty Melva sent Anty an email at her writer address, not her personal address. Anty was not sure why Anty Melva was sending her email there, but then she opened it and found out that one of the publishers Anty Melva queried about Chasing Prince Charming liked the query and now would like to read the whole book. That made Anty and Anty Melva very happy, and they hope this publisher will like what they see. In the meantime, their next book, Drama King, will have a cat in it. They should probably mention that in future queries. Editors generally like cats.

Anty now has three writer friends who are looking at Her Last First Kiss, to help her make it the best book she can write, right now. The people looking at it are Miss N, Miss Vicki, and Miss T, who is starting from the beginning. Miss T sent Anty an email with her comments on the second chapter, asking if she was being too critical. Uh oh. That made Anty a little nervous, but she would rather know what needs fixing than not give the book her very best. She opened the file, and guess what? It was not that bad. Miss T also writes historical romance, and they have some of the same tastes, so Anty is very happy to have these sorts of comments. They help her want to make the book even better.

This week was also Anty’s first time making chicken tenders in the oven. I did not get to eat any, because I am a kitty, and chicken tenders are people food, but I do get chicken flavored cat food sometimes, and the kitchen smelled really, really good. I came in to check on how she was doing, because the room was warm and smelled like eggs and birdies, and those are most excellent smells when one is a kitty. This is what the chicken looked like when Anty took it out of the oven:

I did not attack that middle tender. Anty cut it in half, to make sure it was cooked all the way through. It was. Anty was not sure at first that she wanted to try making chicken like this, because she had never done it before, but humans tend to get cranky when they have not been fed on time, so she read through the instructions and went on ahead. She had been leery of touching raw chicken, but, as it turns out, she did not have to do that. There are things called tongs that come in handy for things like this. Pick up the chicken with the tongs, put it into some flour, then some eggs, then some breadcrumbs and then the oven. I do not like it when the timer beeps (it is too loud) but the kitchen smelled so good that I did not mind all that much.

It is like that with writing sometimes. A new idea may seem scary at first, and the writer may even be a little squicked out, but, if done right, the new thing could also become a new favorite. Also, chicken is delicious.

Now it is time for Tuna Roll’s Thought of the Day. Take it away, Tuna Roll.

No matter how smooth things look on the surface, there is always something fishy going on. -Tuna Roll

Thank you, Tuna Roll. That is very true.

That is about it for this week, so, until next time, I remain very truly yours, 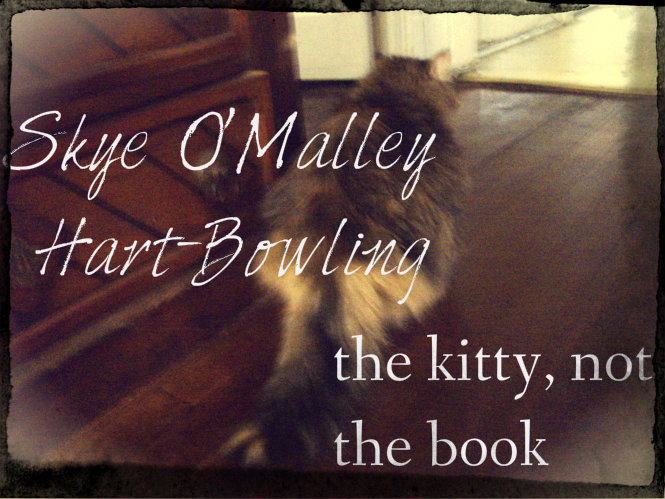 see you next week