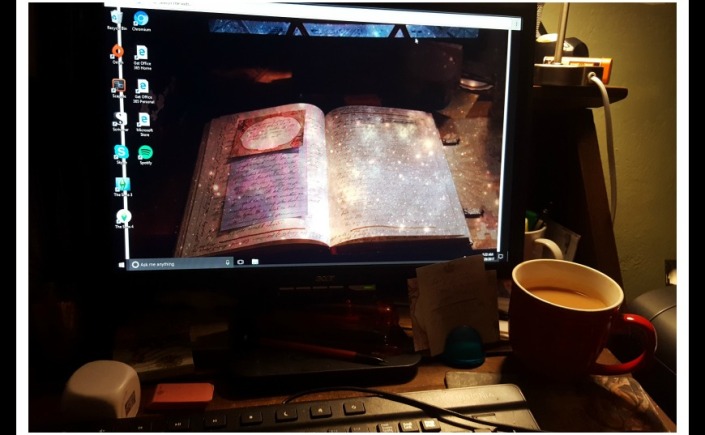 Okay. Deep breath. This is one of those days where I stare down the packed to-do list and charge. This past weekend, I came across a post by Isobel Carr, on Risky Regencies, called “Some Possibly Unpopular Thoughts.” My ears immediately pricked. Might this post be referencing the other post, on Smart Bitches, Trashy books? Oh, yes, it did. Oh, good. After a week stuck in the house with my beloved family, a stomach bug, and back pain, I needed something to latch all my frayed nerves onto, and this has been a bee in my bonnet for some time, so here we go.

I don’t get why, with historical romance, if we’re defining it as “anything before living memory,” which, for the sake of argument, let’s say predates WWII, it can seem a Herculean effort to sell a book set outside of one particular era, in one particular locale: Regency England. Strictly technically speaking, we’re talking 1811-1820, when King George III was unfit to rule, and his son, who would eventually be known as King George IV, ruled in his stead, as Prince Regent. Regency = during the rule of a regent. Easy enough. More broadly, the term, “Regency Era,” can apply to 1795-1837, ending with the ascencion of Queen Victoria, for more of a zeitgeist approach. For the smaller definition, we are talking a span of nine years. For the larger, forty-two years. Bit more breathing room there, even room for a generation or two to pass. All well and good there, but for those of us who write (and read) stories set outside of this era, it can be rough going at times, and yeah, my dander is up on this one right now.

There’s art and there’s commerce. There’s the book of the heart and there’s the book that sells. Right now, Regency is what’s selling. Especially Regency with Dukes. I get the desire for some fantasy in historical romance (not the elves and faeries sort) but there are also the times when my blood carbonates with the need to poke at whether it is that specific historical period and that specific rank of the peerage that seems to have a stranglehold on the market at the moment (and for more than a few preceding moments.) All the why, why, whys mosh around my brainpan, because that’s what I don’t get.

Before my life took a hard turn into caregiving, and a huge shift in the family structure, I had four historical romances published. My Outcast Heart was set in 1720 New York, with a subsistence farmer heroine and a hermit hero. Never Too Late was set in 1900 England and Italy, the heroine fifty years old when she set out to reclaim the love of a lifetime. Queen of the Ocean, set in sixteenth century Cornwall, and had a Spanish hero. Orphans in the Storm was my English Civil War novel, set on the Isle of Man, and the English Court in Exile, in the Netherlands. (Hey, I had royalty in that one. Impoverished, exiled royalty, but royalty. It’s okay. The monarchy got better.) Those were all settings I loved, that came organically with the stories that I wanted to tell, the ones that were real and alive in my head. I still love them all to this day, and those years when writing was all but (and sometimes outright) impossible didn’t change my love for a variety of historical settings . Call me a temporal vagabond.

When the writing came back, and maybe even before, that had not changed. I had to set aside a time travel I dearly loved, and needed to start something new, something smaller in scope, something I knew I could get from point A to point B. Aha. Road story. I could do one of those. Then I read the then-newest issue of the dearly departed RT Book Reviews, which had two articles, one on medieval romances, and one on post-apocalyptic romances, and my writerbrain perked. Aha! Post-apocalyptic medieval! Yes! I can do that! What would seem like an apocalypse for the medieval world? Black Plague? That, I could do, so that’s what I did.

I wrote the story of a disillusioned knight errant and a woman who refused to believe the end of the world was, well, the end of the world, who offered him the one thing he couldn’t refuse (apple seeds; it works in context.) They meet early on, they’re together the whole darned time, and I literally cried when I had to say goodbye to them at the end. Then I tried to sell it. The last agent I pitched to said she loved my voice, quoted some of my own passages back to me, and said she would totally read this story for pleasure, but was not going to ask for the full, because she could not sell a medieval. Cue sad trombone slide.

This agent advised me that my options were to trunk the story for now and hold onto it until the market changes, and medieval come back into fashion, or self/indie publish. She asked what else I had, and I mentioned I was writing a Regency. Great. Send her that when it was finished. Seriously. No question about plot or characters; just send it. I wish I could say that buoyed my spirits, I ran home, finished it, sent it in, and here’s the cover reveal, but that’s not what happened.

What happened was that characters and a story I loved turned into torture, frustration, sobbing to Critique Partner Vicki, who finally smacked me upside the head with a bat’leth of four words: “you hate writing Regency.” But it had to be Regency! That’s what sells! She didn’t budge. I didn’t have Regency in me. Set the story aside, along with the time travel, until the bad juju burns off, set it in another era, and try again.

Her Last First Kiss came complete with its setting, and, when Melva and I needed a historical period for the book within a book for the Beach Ball, I suggested Georgian, because hey, I was there already, and I knew I’d be doing a lot of the historical heavy lifting on this one. Both times, the setting was organic, not even a question. I/we didn’t pick; they picked us.

Done with blog time for today, not done with the topic, so calling this part one. See you Wednesday; let’s chat in the comments. :jaunty wave:

5 thoughts on “Rumblings of a Temporal Vagabond, part one”