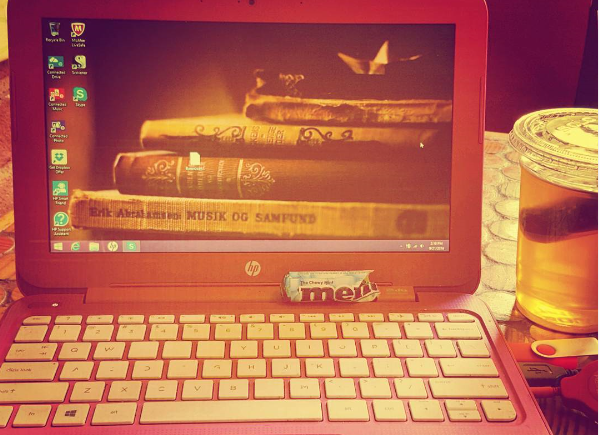 “Your hero and heroine should be different people at the beginning and the ending of a book. Otherwise, what’s the point?”

Right now, half of me would like to retire to my comfy chair and split my time between binge watching Friday Night Lights and making a dent in my huge TBR mountain. The other half wants to dive back into Her Last First Kiss and rip Hero and Heroine’s lives to shreds before they get their happily ever after at last. The power balance fluctuates, but here’s a short list of things I have done because my head was in the book, rather than non-book tasks at hand:

Yeah, this is boring me now, and I don’t have time to start a whole new blog entry from scratch, so we’re going forward from here. Point is, I have book brain, and I like it. This book is real. It’s happening. That’s a good thing.

Yesterday, at my weekly breakfast with N, I’d brought Big Daddy Precious and a mess of index cards and sticky notes, to take her through this draft’s bones. I know I’m on the right track because the chapters sorted themselves out, and I have numbers and color codes, and getting to the page is something I look forward to, rather than dread. I don’t have to ask myself if I can do this book thing, because I am doing it, and if I show up, Hero and Heroine show up, too. Pretty sweet deal. Here’s what it looked like by the time I packed up to go home, about halfway through the whole story.

See all those sticky notes? There’s a color coding system, but that’s another story. I read the pages through to N, and she stopped me at a certain point. Heroine can’t do Thing A. Huh, wuh? My story, N. I’m the one who gets to say about what goes on in it, but no, N was right. See, Heroine would normally do Thing A, like she did all the other times, because she honestly believed there was no other option, but she’s different by this part of the story, so different that she can’t do Thing A anymore, because Thing A would be wrong now. She’s had a pretty big paradigm shift, so yes, N was right. Now that Heroine has gone through an irreversible change, she’s going to take a different tactic. She’s not going to do Thing A. She’s going to, for the first time in her life, do Thing B, which scares the crap out of her, but it’s her chance to do something right. Hence the flurry of sticky notes and pencil scribblings in the margin, a zig where there was once a zag, and darned if I don’t now love the scene I used to like. For a writer, there is no jolt of energy quite like that.

As fine a gentleman as Mr. N is,  I have to admit that my reaction to his joining us, to spirit N away at the end of our time together, was, “already?” Noooo, I want to keep going. Forbidding a friend to go adventuring with her own real life romance hero is something this romance writer cannot do, so they departed. I applied pencil to paper a while longer, and headed back home, foggy about my route, because I had Hero and Heroine on the brain. My body traversed, more or less, the distance between Panera and home, with detour through the park’s garden. Where I really wanted to be was back in the book, figuring out how much Heroine doing Thing B  instead of Thing A would butterfly effect the rest of the book, so there was some degree of wandering involved.

When I got home, I crashed into an impromptu nap, and when I woke, I was hungry for both food and story. I needed to take in story, in book form, in TV form, in music or wherever else I could find it. Writing eats that kind of stuff, and I came out of that nap in starving hyena mode. It’s a good feeling, after years of dragging myself along by my fingernails. Maybe there is some sort of formula, if I look through the stacks of notebooks I’ve filled about the whole process of getting back up on the horse. I’m still not sure when one can declare oneself officially back on, if there is such a thing? Completion of an initial draft? Final draft? Submission? Sale and/or self-pub? Certain types or numbers of reviews? Distribution through certain outlets? Something else? I’m not going to stress about that, but stay in the moment, fill those pages with sticky notes and pencil scribbles and go scene by scene. Right now is right now, and that’s where my time and attention has to go. If that means a few water bottles in the pantry, duplicate ebooks and opening multiple cans of cat food at one time, I am okay with that.