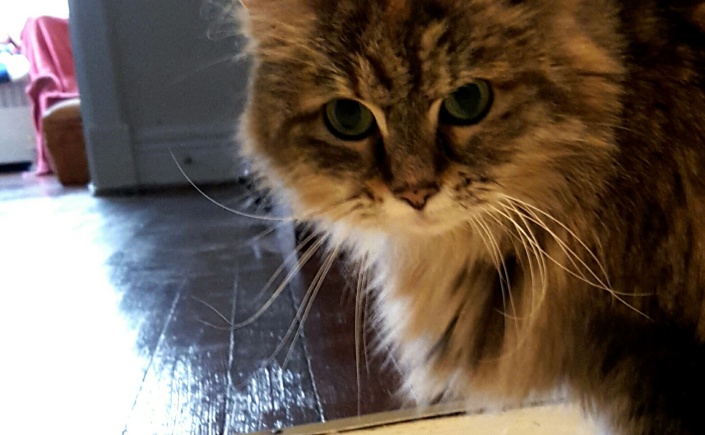 Hello, all. Skye here, for a slightly later than usual Feline Friday. Anty has had an unusual day, partly because Uncle had the day off. She had laundry to do, and then they went out to lunch together. They did not take me, because I am an indoor kitty, but I got fish jelly and treat, so I do not mind. Also, it is cold and windy out. Despite the fact that I have a super fluffy coat (actually, two of them, because I am a Maine Coon mix) I have no desire to be outside in cold, windy weather. Anty tried to set up at her usual coffee house, but the locals must have figured out that it is her favorite place to work, because all the seats were filled by the time she got there. It is okay, though, because it is only a short walk to her other favorite away-from-home place to write, and that place has refills on tea. Anty likes refills on her tea. She drinks a lot of it.

Anty has three articles she is working on this week, possibly four, depending on how things go on tonight’s Sleepy Hollow. For one of the other articles, she has to…uh, she means gets to…read a bunch of historical romance novels, so she can talk about how they all work together. Anty will talk about that later. She is also working on Her Last First Kiss, which she says seems to be finding its stride.

My blog this week is going to be a little different from the usual fare. This week, Uncle has an idea he wants me to talk about. Earlier this week, Anty looked at her sales figures from one of her publishers. Uncle thinks that was a mistake, because looking at those figures made Anty very grumpy. Then a conversation like this happened:

Uncle: Have you ever used your blog to tell people where they can buy your books?

Anty: (something about websites and internets and monies and bookshelves and human stuff; nothing about feeding kitties, so I stopped listening.)

Uncle: Right, but none of that means you can’t put a link in a blog entry.

Anty: Uh… (Anty did not really have a good answer for that.)

Uncle is very smart, and I would do anything for Uncle. So, I will put in the links. In case you like Anty’s (or my) blogs, or her articles, then maybe you would like to read the books she has out already.

Here is where you can find the books she has from Awe-Struck E-Books. There are two of them. 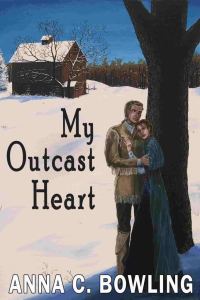 Her first, My Outcast Heart, is set in colonial New York. For this book, Uncle asked Anty what sensuality level the book would get for its rating.  Anty said that, because she does not go into great detail about how humans mate, the book would be classified as “sweet.” Uncle asked if this was the same book where the hero puts his hand in the fire on purpose, to cover the brand that marked him as a thief, and where the heroine sticks her grandfather’s body in the barn for the whole winter, because the ground is too hard to dig a grave. Anty said that it was. Uncle’s response was, “And they’re calling that “sweet?” Boy, are they going to be surprised.” Also, there are kitties in it. The dogs get more attention, but barn cats always make a book better. Just saying. 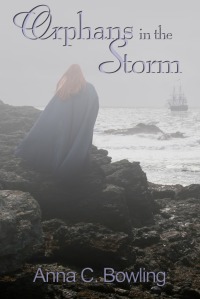 Anty’s second book from Awe-Struck is Orphans in the Storm. That book could have used more kitties, but it probably would not have changed what happened to the bad guy, because kitties are good judges of character. The heroine in this book finds out that she is not who she thought she was, and travels from the Isle of Man (note: that does not mean it is an island with only men on it. It is, however, where Manx cats come from. I am not Manx. I have a big, floofy tail.) to Holland, where those loyal to the English king fled during the English Civil War. Her hero works for the crown, and the heroine holds the key to releasing monies that will help the cause, only somebody does not want that to happen. The love story is most important, though, as with all of Anty’s books. The cover is by Kathleen Underwood, who captured one of Anty’s favorite scenes.

Anty also has two novellas with Uncial Press. Her first one there, Never Too Late, is set in Edwardian England and Italy (aka Downton Abbey times, and she wrote it long before the TV show was on the air. My Anty is a trailblazer.) Her heroine in this book is a fifty-year-old widow, who decides she is finally big enough to go after what she wants, which, in this case, means the love of her life, whom she once let get away. I will give you a hint: this time, she does not let him get away again. 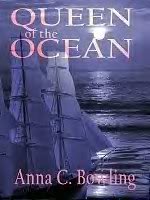 Her other title there is Queen of the Ocean. I will share a bit of trivia with you; the story was originally called Frances, Queen of the Ocean, but that would not fit on the book cover. This is a reunited lovers story, with smugglers and pirates and a shipwreck (well, technically more than one) and a cave full of treasure. I do not have to tell all of you  how much Anty loves pirates. She had a lot of fun writing this one.

None of Anty’s books are related to each other, so they can be read in any order, or by themselves. Anty did not figure it out until I told her, but Never Too Late and Queen of the Ocean kind of fit together, because they are both reunited lovers stories. Maybe Anty could write more like that and then they could all go together. Anty likes reunited lovers. Purr-sonally (see what I did there? Just kidding. I do not purr. That does not mean I am not a happy kitty, because I am. I show it in other ways.) I recommend them all.

Ravenwood does not have a home yet, but it is a medieval love story, where a heartbroken knight errant must escort a headstrong maiden from a plague-ravaged city, to a haven that may or may not exist. Anty will probably change the title, because it does not say much about the story. Maybe Her Errant Heart would be better? Huh. Maybe she could write other stories with “heart” in the title and put them in a loose grouping.

That is about it for this week, because Anty needs to research her articles and work on Her Last First Kiss. Until next time, I remain very truly yours, 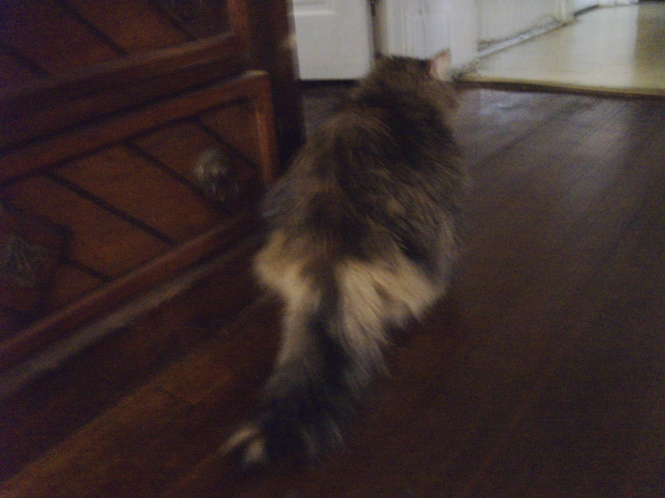 Skye OMalley Hart-Bowling
(the kitty, not the book)

2 thoughts on “Typing With Wet Claws: This Was Uncle’s Idea Edition”