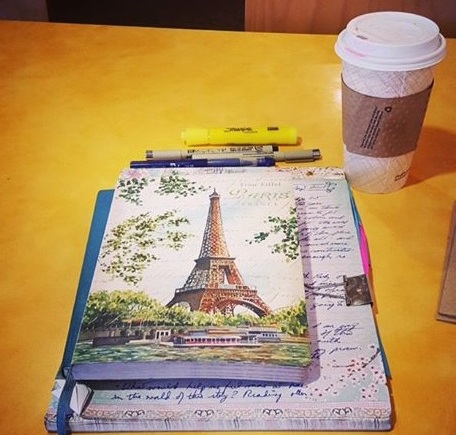 “No story is a straight line. The geometry of a human life is too imperfect and complex, too distorted by the laughter of time and the bewildering intricacies of fate to admit the straight line into its system of laws.”
–Pat Conroy

This isn’t the blog post I’d intended to write, or when I intended to write it. This should, theoretically, have been Monday’s post, but Monday was a holiday, and, since I’ve been dealing with a bout of insomnia, I’m on the punchy side of things. This will pass in time, but, in the meantime, there comes that moment. Sun comes up after a long, sleepless night, and I’m faced with the mixed emotions of a) looks like I made it through the night, and b) now I have to function like a normal human, only on no sleep. The best way I’ve found, when my brain won’t track with what I want it to do, is to go on autopilot. Do what I would normally do if I only had a brain. Cue the Tin Man from The Wizard of Oz. Or was that the scarecrow? Honestly, after the last couple of nights, I have no idea.

Enthusiasm carried me through my breakfast meeting with N, my local writer friend, where we hashed out our plan to keep ourselves and each other on track with our current projects. Slightly less enthusiasm and a second cup of tepid tea (Dear Panera Manager: water that was hot at 5:45 AM is no longer hot at 11AM. Is it that hard to pay attention to the water carafe while checking on the coffee urns?) got me to the library with Housemate, and my first crack at this post, which ended up  mostly as an explanation of what it’s like to be up all night. I stayed with it, in hopes that I would bore myself to sleep. No such luck. Lunch helped some, and there were a couple of minutes of slightly lower than usual eyelids, but then I hit the “need to do something or the whole day is gone” stage.

Cue autopilot. As I’d said to N earlier today, my brain knows that, when I take a picture of my workspace, and post it to my Instagram, then I’m committed. Accountability works for me. I can find loopholes if I’m only accountable to myself, but tell somebody else? Have to do it, then. So, though a bit later than usual, and with absolutely no idea what to write, here I am. I have no idea why the computer refuses to post the picture of my actual current workspace, but this morning’s picture will do. Okay, it says, here we are, in front of the keyboard, the whole Internet knows we’re writing, so off we go. Not that it’s always going to be my best work, but at least I’m in the neighborhood. Much better than getting to the end of the day and then kicking myself through the entire sleepless night that I didn’t get anything done.

Speaking of those sleepless nights, I’ve been thinking of going nocturnal until the insomnia passes. Steer into the skid, as it were. I don’t like not sleeping, and trying to make the sleep I’ve missed during the day is dicey, apart from the odd nap, (which is usually very odd indeed) but if I’m going to be awake all night, can’t I at least get something productive out of it? That doesn’t seem like too much to ask, but we are talking about the creative process here. It’s not always going to make sense.

Maybe that’s part of the whole deal. Maybe these sleepless nights, moving from bed to recliner to kitchen stool, to fuzzy blankey on the floor in front of the heater (Skye’s favorite place for me to hunker, I’m sure, as she is my fuzzy shadow on these midnight wanderings) is time when my story brain is working things out without cluing the rest of my brain (heh. Rest. I see what I did there. Unintentional, but it can stay.) in on the process. I wouldn’t rule that out, and Hero and Heroine are very much welcome to come keep me company when the sandman won’t.

Barring that, well, I have that nice tall stack of library books. We’ll see how it goes.