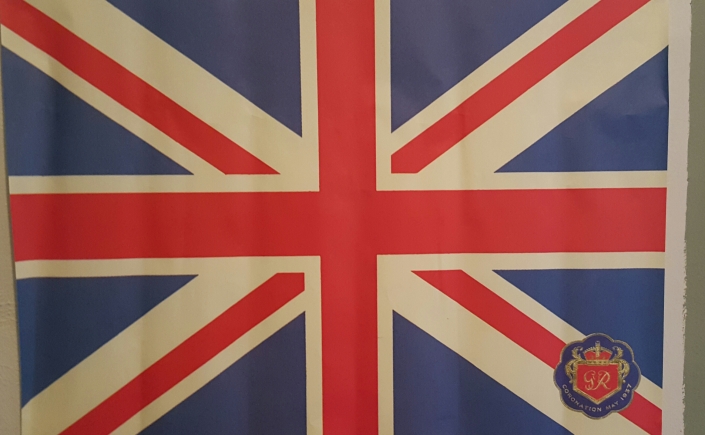 “I should like to bury something precious in every place where I’ve been happy and then, when I’m old and ugly and miserable, I could come back and dig it up and remember.”
― Evelyn Waugh, Brideshead Revisited

My favorite movie of all time is the original 1980 Brideshead Revisited. Okay, technically speaking, it’s a miniseries, as it ran on PBS and clocks in at a whopping twelve hours, but to me, it’s a movie, and so I am counting it as such.

If you’re a purist and insist on theatrical releases, my preferences are thus:

People who know me in the really real world, am I forgetting anything? I have not seen the Emma Thompson theatrical version of Brideshead Revisited, nor do I plan to,  because I do not mess with perfection. Sorry, Emma, not even for you. I’ve read the novel by Evelyn Waugh (Hevelyn, for those in doubt about which Evelyn wrote this one) and will correct any who try to call the building known by non-devotees as “Castle Howard.” They are wrong. It’s Brideshead. I know. I’ve lived there, with Charles and Sebastian and Julia, and I have deep emotional scars from the first time I saw the graffiti on Charles’s mural and the empty :sorry, I need a minute: fountain :sniffle: with barbed :I can’t, I seriously can’t: wire. Sebastian drove that car around the bend of the road on that first school break, and BAM, I, as well as Charles fell deeply, irrevocably in love.

It’s the same feeling I had when I stole the then-new copy of The Kadin by Bertrice Small from my mother’s night table and read it under the bed in the guest bedroom during a power outage. I knew then and there that I’d found what I wanted to read and write for the rest of my life. The same way a lot of my SF/F reading/writing friends fell hard for Star Trek, Ray Bradbury and others, that’s how I fell for historical romance, and that’s what’s been, increasingly strongly, calling me back home.

Today, I took the bulletin board off my office wall. If I haven’t been utilizing it in the three years and change I’ve had this office, that’s not where it belongs. Later, I’ll take the items off it, find them new homes, and figure out the board’s new purpose. There will be one, because I crazy love vintage office supplies. In its place, I put the Union Jack poster above, purchased at a local art store about two years ago. it’s been rolled in brown paper, waiting for “the right time.” Which would be when, exactly? When we could spring for a fancy frame? The right fancy frame? When life calms down? When (fill in the blank?) If there’s one thing loving historical romance and historical fiction has taught me, it’s to seize the moment. So, up it went, with blue tacky stuff holding it to the place where whoever painted the room a lovely moss green had obviously painted around the mirror that Real Life Romance Hero took down for me the day we moved in. Much as I like to work on my selfie game, I don’t want to stare at myself the whole time I’m writing. 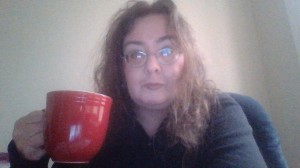 Taken in a different room, but it would be pretty much this.

I also unearthed a pub sign that I honestly don’t remember when I acquired it, and had been waiting for, you guessed it, the right time and perfect place to put it up. Maybe the right kind of hook, whatever, whatever. Baloney. I still has blue sticky stuff, so I slapped some on the back and then affixed the sign to the door. My office may technically now be the King’s Head Pub, and I am fine with that. We even have a pub cat instead of a pub dog, and I am fine with that, too. The two Georgian era prints I kept from my dad’s house and had wanted since I was a wee little princess, do need to wait for command hooks to come home before they can go on the office wall, but when they do, up they go. The right time is now. 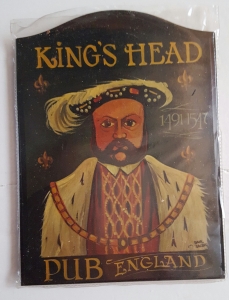 This means I’m allowed to have pub food at home, right?

Doing things like this gets me excited, makes me want to dive headlong into the story world, climb inside the characters’ skins and see through their eyes. Writing longhand with a fountain pen, at least initial notes, is another way I find I can connect. Today, I also added another notebook to my shelf of the usual suspects on top of my desk’s hutch. It’s one of those story ideas I’ve been on and off with for years, and, as the flip side of the bulletin when story ideas and characters and settings and such have been in my head for long enough that they are old enough to vote, drink, marry or join the military without parental approval, they probably aren’t leaving, period. Better for me to get their rooms ready. That feels right.

Today, I met my Ravenwood editing goal a lot earlier in the day (for the day, not the whole project) because I wasn’t focused on word count or verb tense, but telling the story and living in that story’s world. This afternoon, I jump to Georgian England and Her Last First Kiss, and I’m excited about that, too. I don’t consider myself old, ugly or miserable, but dusting off things I love and displaying them proudly in the now, that’s a piece of the puzzle sliding into place. The road to The End, on both of these current projects, and others, has never seemed clearer.