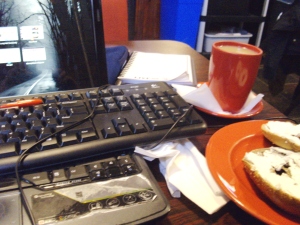 Big surprise, I’m still not decided on whether or not I’m officially signing on for NaNo madness. To all new readers who wonder if I always natter on about something of this nature, the answer is probably yes. Talking and thinking happen at the same time with me a good deal of the time, and I do like to examine things from multiple angles, so it’s safe to say I’ll be hopping over both sides of the fence until I finally have to pick one.

Last post, I talked about one of my biggest bugaboos about participating in NaNo, so with this one, I’m going to look at the other side of the coin and examine the plusses. For me, the biggest one is the sense of community. Moving from an area where I’d lived for decades to a place that was totally new was a big adjustment, but finding a local NaNo community as well as a fabulous RWA chapter made a big difference. Last year, the kickoff party was held at the coffee house where I write most weekdays. Getting plunked down in a room full of strangers who like to do what I like to do is always fun for me, and I have made some friends from my NaNo contacts. I’d be happy to do the same this year as well.

It has been suggested I can fake my way in, attend the write-ins even without signing up, and that’s a possibility. Though now I may have outed myself on that plan, but if they’re held in public places, who’s going to stop me, hm? Or maybe not. We’ll see. 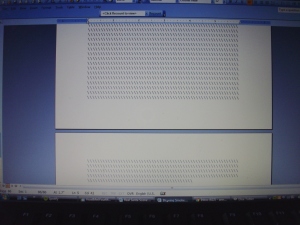 Three pages of this, but no spaces, so NaNo count would say it’s one word.
Darned second keyboard.

There is always the option of joining the rebel camp, which I have done before, but not in the same way I’d be doing it this year. If I do it. I do have to admit I like the sneakiness of being a rebel. The new project (still deciding how much I want to talk about it while under construction) would be starting from scratch, so it is a new work, but I’d also likely split my time between new and existing projects because I am in love with two stories right now, and it’s not a matter of picking one or the other. It’s an and situation here. I like working on more than one thing at one time. Working on one thing feeds my desire to work on the other, and if I’m at a roadblock with one, then I can take a break, work on the other and come back with new perspective.

Oh well, looky there, new rules say I don’t have to start from scratch and can continue with a WIP. New food for thought, and I still don’t know. What I do know is that not knowing has helped me meet one of my other goals, that of growing this blog and posting more often, so the blabber is doing some good. I’d never meant to have a break from blogging; quite the opposite, but overthinking got me there as well. Here, I get on, I blabber, I put up pictures because I put up pictures, and on with the show. So, still undecided as we head into the final week, and this may well continue, but that rule change does tip things every so slightly into the yea category. Which may change. Or not. 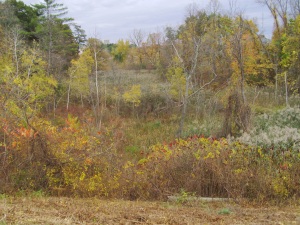 Off to wander the moors and contemplate…

4 thoughts on “To NaNo or Not to NaNo: the benefits”